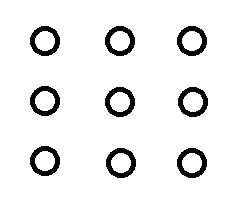 A question for you: if you have 9 dots lined up in a 3×3 grid (Figure 1), how do you connect them all using no more than 4 straight lines–without lifting your pen? This is an example of an out-of-the-box problem which kids love and which expands their sense of spatial coordinates and problem solving not usually taught at school. The Math & Science curriculum in early childhood education is focussed on understanding numbers — a great feat and a standard-meeting requirement. While mastering basic arithmetic is necessary, what makes you more interested in learning math & science: 1) reciting arithmetic or 2) fun advanced brain teasers in a collegial atmosphere? (You can find the answer to the dot-connecting problem at the end of this article.)

A recent Georgetown study found that memorable and engaging educational experiences outside of school at an early age is a strong predictor of success in middle school and beyond. To put it simply, fun advanced Math & Science, in addition to the formal graded schooling process, expands the brain. Even children enrolled in the most well-respected of schools benefit from activities that go beyond standard curriculum and that are really fun. In addition, hands-on projects address the need for immediate gratification to see science work and to create long-lasting practical connections with real-life applications.

Perhaps the main issue with the U.S. elementary and secondary education in Math today, though seldom discussed, is a disconnect between the early school curriculum and that of the university Math, Science, and Engineering programs. A 2010 research study by John H. Bishop from Cornell University shows that:

The most recent statistics show that nationwide, math education has become even worse in the last few years. According to the National Science Board, Science and Engineering Indicators 2016 Report (http://www.nsf.gov/statistics/seind16/), 17.4% of all the public school students in the United States attempted to take the Advanced Placement Exam in Math or Science in 2013. Of that number, only 55% (or 9.7% of all public school students) passed the exam at a level 3-5 (the total score for the AP exams is 1-5), sufficient to qualify someone as possibly ready for the advanced Math & Science curriculum.

What is the key problem and the most effective solution to advancing Math & Science education in our children? In accordance with the Georgetown study, the relative lack of secondary Math & Science preparation appears to take root in the elementary school and often much earlier. According to the National Science Board’s Science and Engineering Indicators 2016, the share of grade 12 students meeting the required Math proficiency on the NAEP Mathematics Assessments was just 26% in 2013. The share of grade 8 students at the 8th grade proficiency standard was just 36%, with high schools effectively losing 10% of proficient students by graduation. And even at the 4th grade level, the share of students at or above the proficient level on the NAEP Mathematics Assessments was still only 42%! Assuming that most U.S. students are capable of capturing basic Mathematical concepts at the 4th grade level, the failure of 58% of students suggests that something has to be done to improve the quality of Elementary and potentially Early Childhood education in Math & Sciences. 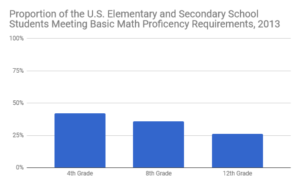 Shedding the one-math-level-prep for all and encouraging creative problem-solving is the answer we believe in at St. John’s Math & Science Club. The advanced brain teasers coupled with hands-on examination of how things work is at the center of the new not-for-profit Math and Science program for kids of different ages at the St. John’s Episcopal Church in Southampton, NY. Held weekly on Saturdays from 5:30 PM to 6:30 PM, the program aims to expand the kids’ universe of math & science and make it not only accessible, but also fascinating to kids. The material engages kids with do-it-yourself scientific crafts and keeps their interest long after the class is over with thought-provoking challenges like the dot problem at the beginning of this article. The club is open to all children grades K through 6. For more information or to register, please email stjohns@hamptons.com.

Solution to the dot problem: 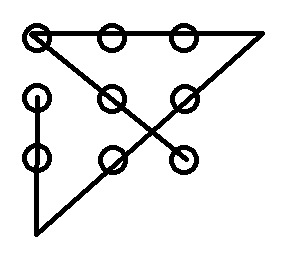 Learning CAN be so much fun, as some of the kids participate in the activities. 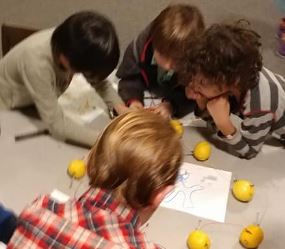 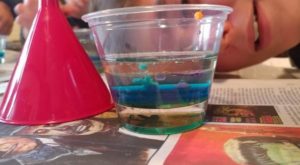 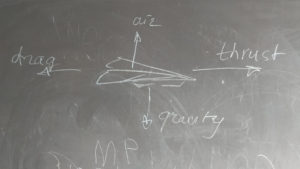 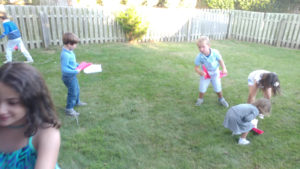